Not just RavPower — Amazon has yanked Vava and TaoTronics, too by Sean Hollister
Thursday June 17th, 2021 at 3:04 PM

In 2017, The New York Times profiled Sunvalley, a Chinese electronics manufacturer that obsessively monitored Amazon to build and maintain US-facing brands with a reputation for quality. They include phone charging specialist RavPower, home office and dash cam supplier Vava, and headphones and home appliance purveyor TaoTronics. Now, all three of them have disappeared from Amazon, seemingly for ignoring the platform’s rules.

On Wednesday, Amazon confirmed to The Verge that it had removed RavPower. (Amazon tells us it’s checking on Sunvalley’s other brands). But it’s clear from their empty Amazon storefronts that something’s going on — and the Chinese company has already issued a statement, spotted by The Wall Street Journal’s Nicole Ngyuen, confirming that Amazon suspended them on June 16th.

RAVPower's parent company has issued a statement saying that three of its brands (incl. Taotronics and VAVA) were suspended from Amz yesterday, affecting 31% of the company's revenue, and it will rely on its DTC site.

When Nguyen bought a new charger from RavPower, she received an offer for a $35 gift card in exchange for an Amazon review. That kind of manipulation has been against Amazon’s rules since 2016, and Sunvalley’s statement suggests that’s also the reason why these brands were suspended.

Still, there’s something weird about the situation. Sunvalley’s brands stood out among the throngs of fly-by-night electronics vendors on Amazon with their word-jumble names. Also, the products were often good! RavPower made our favorite wireless charger, and we recommended the Vava Laser TV as “the projector with the best image quality.” Wirecutter called a Vava hub the best USB-C hub, and we recommended a HooToo USB-C hub in 2018.

Interestingly, Amazon hasn’t yet removed HooToo, a fourth Sunvalley brand — it still has at least three USB-C hubs on sale. Another brand, USpicy, seems to still be selling a pack of makeup brushes, and aromatherapy brand Anjou still has a line of essential oil diffusers, bath bombs, and the like.

Sunvalley said in the statement that Amazon counts for 31 percent of its revenue, which is a lot, but the impact may not stop there. Some of the company’s products have also been fulfilled by Amazon, even if you were to buy them at a website like ravpower.com, for example. When I tried to purchase a RavPower charger yesterday, I received an email saying that my order couldn’t be completed. It’s possible that they just sold out, though.

RavPower didn’t respond to a request for comment, and I spent about 10 minutes on hold with Sunvalley US before being told they’d get back to me sometime in the next two days.

Something that may or may not be relevant: Allen Fung, Sunvalley US’s longtime general manager, who takes credit for building these brands and running the Amazon business over the past ten years, left the company in January 2021, according to his LinkedIn page.

Google's Firmina subsea cable will connect the US to Brazil, Argentina and Uruguay
Wednesday June 9th, 2021 at 6:54 PM

Google is making a big push to improve connectivity in South America with its new Firmina subsea cable. It'll run from the US East Coast to Las Toninas, Argentina, with additional connections in Punda del Este, Uruguay and Praia Grande, Brazil.
Read the whole story

Your dog’s desire to communicate with you just might be in the genes by Jennifer Ouellette
Saturday June 5th, 2021 at 6:47 PM

That special social bond between dogs and humans might be a genetic trait that evolved as dogs became domesticated and diverged from wolves, according to a new study published in the journal Current Biology, looking at the cognitive and behavioral social skills of hundreds of adorable puppies.

"People have been interested in dogs' abilities to do these kinds of things for a long time, but there's always been debate about to what extent is this really in the biology of dogs, versus something they learn by palling around with humans," said co-author Evan MacLean, director of the Arizona Canine Cognition Center at the University of Arizona in Tucson. "We found that there's definitely a strong genetic component, and they're definitely doing it from the get-go."

His co-author, Emily Bray, an anthropology postdoc at the university, has spent the last ten years studying how dogs think and solve problems, in conjunction with Canine Companions, a California-based service dog organization catering to people with disabilities. It's known that human children can reason about the physical world, and have sufficient social cognitive skills for cooperative communication by the age of two-and-a-half years. But according to the authors, there is also a growing body of research showing evidence that domesticated dogs share similar social cognitive skills, although possible biological bases for those abilities had not been tested.

The Verge - All Posts
2 Shares

The US Treasury Department said Thursday it will require any cryptocurrency transfer worth $10,000 or more to be reported to the IRS. “Cryptocurrency already poses a significant detection problem by facilitating illegal activity broadly including tax evasion,” the agency said in a new report on tax compliance proposals. “This is why the President’s proposal includes additional resources for the IRS to address the growth of cryptoassets.”

The Treasury report said that even though cryptocurrency transactions are a small fraction of business transactions in the US, requiring large crypto transactions to be reported would help “to minimize the incentives and opportunity to shift income out of the new information reporting regime.”

The Treasury Department plan outlined several policies aimed at increasing tax enforcement, which, in addition to the new cryptocurrency proposal, includes new reporting requirements and a big increase for the IRS’s budget.

“At the crux of these proposals is a commitment to revitalizing tax enforcement,” according to the report. “Working to close the tax gap reflects a commitment to ending our two-tiered tax system, one where most American workers pay their full obligations, but high earners who accrue income from opaque sources often do not.”

The Treasury Department’s Office of Tax Analysis estimated that the proposed updates would raise an additional $700 billion in tax revenue over the next 10 years and could bring in as much as $1.6 trillion in the following decade. Many of the changes the Biden administration proposes in the report would require Congressional approval, however.

Find My Network Exploited to Send Messages by Hartley Charlton
Wednesday May 12th, 2021 at 6:18 PM

An exploit allows messages and additional data to be sent across Apple's Find My network, according to the findings of a security researcher. 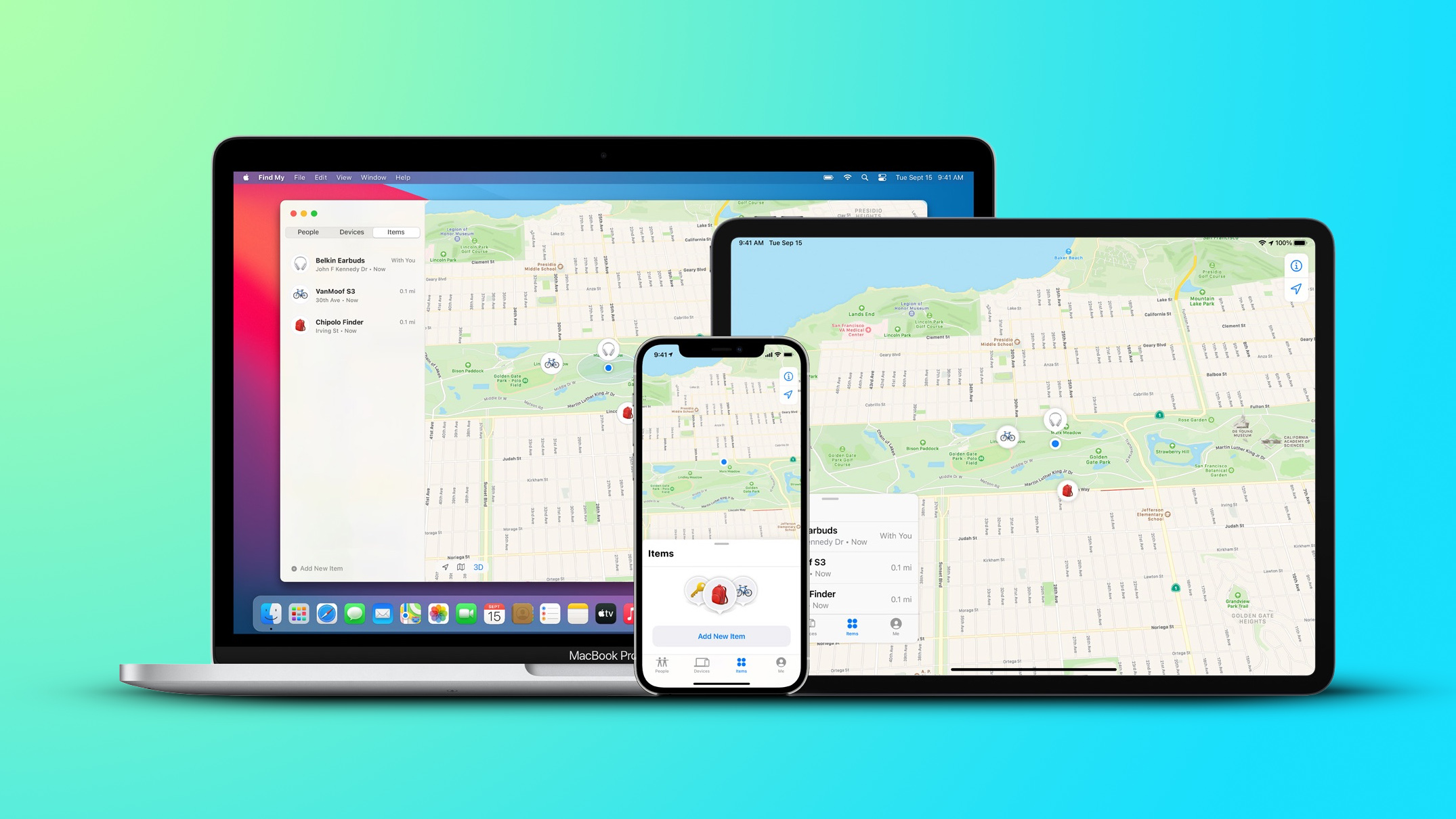 Security researcher Fabian Bräunlein has found a way to leverage Apple's ‌Find My‌ network to function as a generic data transfer mechanism, allowing non-internet-connected devices to upload arbitrary data by using nearby Apple devices to upload the data for them.

The ‌Find My‌ network uses the entire base of active iOS devices to act as nodes to transfer location data. Bräunlein explained in an extensive blog post that it is possible to emulate the way in which an AirTag connects to the ‌Find My‌ network and broadcasts its location. The AirTag sends its location via an encrypted broadcast, so when this data is replaced with a message, it is concealed by the broadcast's encryption. 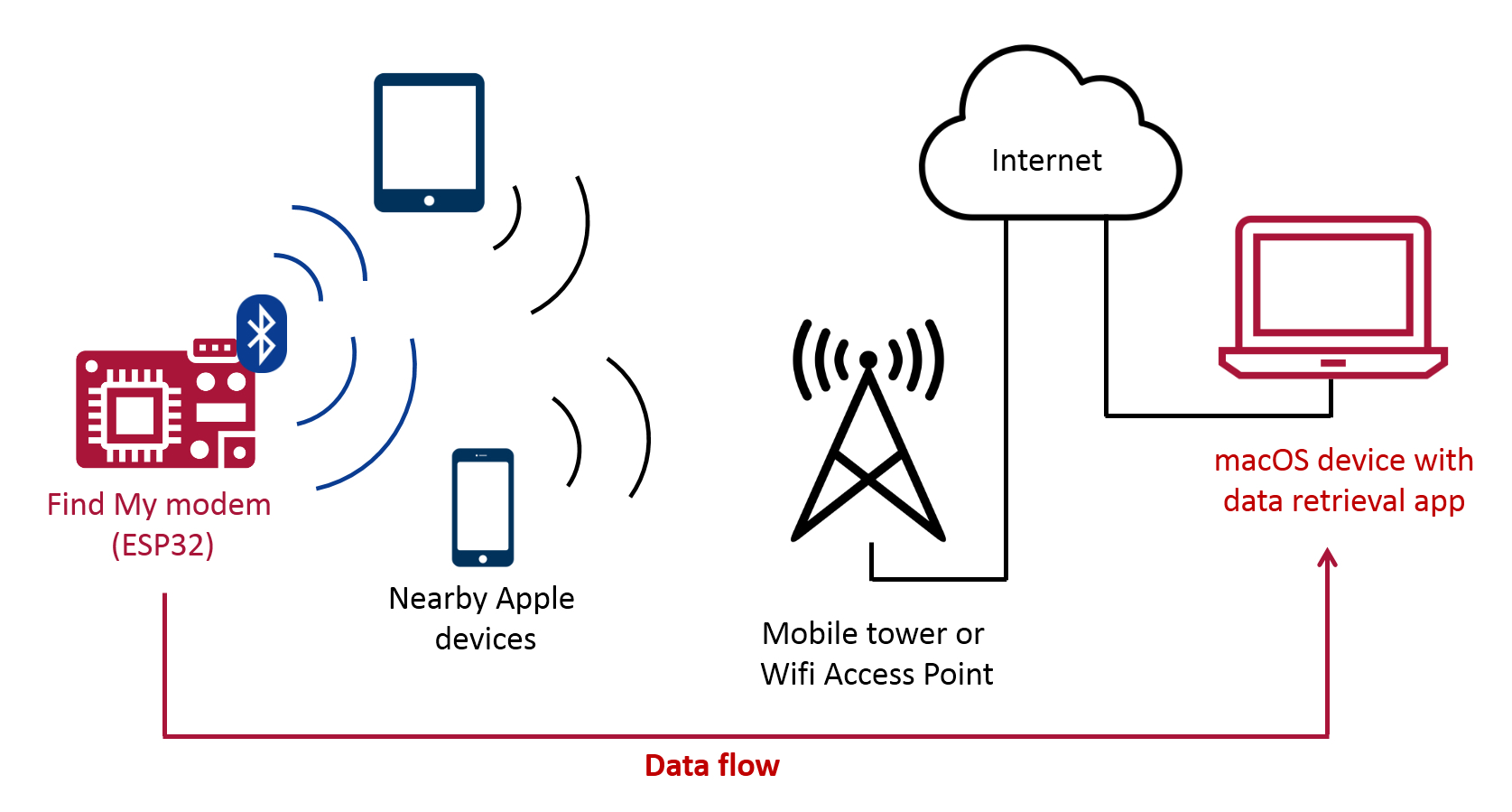 Bräunlein's practical demonstration showed how short strings of text could be sent from a microcontroller running custom firmware over the ‌Find My‌ network. The text was received via a custom Mac app to decode and display the uploaded data.

It is not immediately clear if this ‌Find My‌ network exploit could be used maliciously or what useful purposes it may serve. Nonetheless, it seems that it could be difficult for Apple to prevent this unintended use due to the privacy-focused and end-to-end encrypted nature of the system.

Discuss this article in our forums

Wyze, maker of $20 smartwatches and $30 video doorbells, has announced a new pair of wireless earbuds that include active noise cancellation and a Qi wireless charging case for only $60 (via Phandroid). They’re called the Wyze Buds Pro and come in at an incredibly low price when compared to the competition: you could buy four pairs of these for the price of Apple’s AirPods Pro, which have similar features.

For comparison: Anker’s $60 earbuds come without ANC or wireless charging (instead using Micro USB, where the Wyze buds also include a USB-C port).

Wyze’s announcement video takes a decidedly self-aware bent, but while it does mention the sweat resistance, transparency mode, and wind noise reduction, it doesn’t mention one of the funniest things about the product’s name: it’s called “Pro,” but there aren’t any Wyze Buds non-pros to compare them against (though Wyze does say a pair is coming).

I may poke fun, but, on paper at least, these earbuds are competing way above their price. The SoundCore Liberty Air 2 Pro (what a name) from Anker and Echo Buds second-gen from Amazon are both considered to be budget picks for true-wireless earbuds with ANC, and those are in the $100+ price range. Amazon charges an extra $20 for a wireless charging case for the Echo Buds, something that Wyze includes. To add insult to injury for Amazon, the Wyze Buds Pro also have Alexa built in.

Of course, some of the most important functions of earbuds are how they sound and whether the ANC is actually any good. Given that we haven’t actually heard them yet, these earbuds haven’t proven themselves in either category. But if they end up being good, or even passable, they’ll be a solid deal for those who want all the fancy features without having to pay top dollar.

The Wyze Buds Pro are currently available for preorder, and Wyze says they will start shipping in July.